Leather is ubiquitous in fashion, a common material for major chain stores through to high-end fashion brands. Yet the origins of leather and the treatment of the animals from which it came, is almost impossible to determine as a buyer, or as a brand.

Leather comes from domesticated animals (usually the skins of cattle, buffalo, goats, pigs, and sheep) and wild animals (such as the skins of crocodiles, alligators, pythons, lizards, ostriches, stingrays and kangaroos).

Millions of wild animals are killed for their skin every year to produce exotic leather, either bred and killed on farms, or caught in the wild. Many are turned into shoes, watch wrist bands and handbags.

In recent years, there has been a steady progression of major designers and fashion houses rejecting the use of exotic leather, driven by the rise in demand for ethical fashion, including brand accountability for animal welfare.

Chanel, Victoria Beckham, Vivienne Westwood, Diane von Furstenberg banned exotic skins from their collections, as did brands including Topshop, H&M and Adidas, and department store Selfridges. The lack of traceability for exotic leather is a major concern for brands, and for wildlife advocates globally.

According to traders interviewed in a study by the International Trade Center1, the extent of illegally traded python skin is possibly equal to the extent of the legal trade, with those skins taken from wild pythons commonly mixed in stockpiles of skins taken from ‘legally-sourced’ pythons before being exported, therefore making traceability virtually impossible.2

“…it is becoming increasingly difficult to source exotic skins which match our ethical standards.”

“There is no way to farm wildlife and ensure they have a good quality of life. Farming wildlife or capturing them from the wild for the sole purpose of fashion is simply wrong.”

Given that crocodiles are both cold-blooded, and semi-aquatic, they present distinctive welfare challenges in relation to pen design, as well as resource and heat provision. According to Dr Clifford Warwick, a reptile biologist, medical scientist and member of the Bioveterinary group in London, crocodile “biology and behaviour do not lend themselves to a captive life”.3

“To a casual observer – and that often includes the people who run crocodile farms who are not usually scientifically qualified – the animals may seem peaceful and relaxed. But an animal behaviourist can see that they are stressed.”

Dr Clifford Warwick, a reptile biologist, medical scientist and member of the Bioveterinary group in London

In an interview, Dr Warwick stated that he had visited numerous crocodile farms in his role as an inspector and witnessed shocking slaughter methods for crocodiles. They include the use of machetes, axes, baseball bats or mallets being used to try and smash a crocodile’s skull. Disturbingly, Dr Warwick also reported cases where, in an attempt to sever the animal’s spinal cord, a mallet and chisel were applied up to eight times, and even then, it would only paralyse the animal.

In Australia, crocodile farming is legal, as is harvesting wild crocodile eggs to be taken from their mothers’ nests to commercial facilities. Farmed crocodiles are usually slaughtered between two and three years of age, shockingly less than their natural life span of 70 years.4

‘A worker at one of the farms, interviewed in the video, says it is not uncommon for the crocodiles to take several hours to die. Workers at the farms also told the investigators the majority of the skins went to make fashion accessories such as bags, wallets, belts and shoes.’

‘Crocodiles In Vietnam Skinned Alive In Service Of Fashion’, Forbes

It is a similar story in the US, where American alligators are intensively farmed for the leather trade. Most farms are located in Louisiana, followed by Florida and then a few more farms in Texas and other states. The American “alligator” species is legally allowed in the exotic skins trade, and is the most plentiful of any crocodilian skin available for the leather market. Farmed alligator skin is considered more valuable than wild skin, and in Louisiana alone, over 300,000 alligators are killed each year with the vast majority coming from farms.

In recent years, undercover footage recorded by PETA of crocodile farming and slaughter from US, African and Vietnamese farms showed highly disturbing cruelty, including evidence of animals remaining conscious after the skinning process began.5

The use of exotic leathers by luxury designers has perpetuated the idea that animals being used for fashion is desirable and aspirational. It’s time to end the glorification of wearing leather, be that from exotic animals or domesticated animals.

How to Wear It Kind

The FOUR PAWS Wear It Kind campaign is catalysing a movement of people, brands and designers, all working together to ensure no animal faces cruelty for the sake of fashion. We express ourselves through what we wear, and we can all show our kindness to animals through our clothing choices. 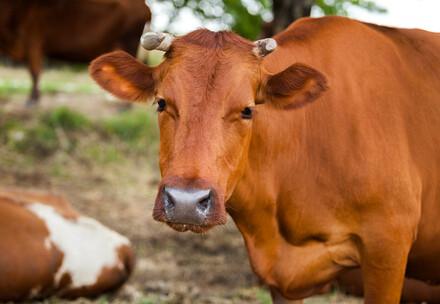 The true cost to animals and humans 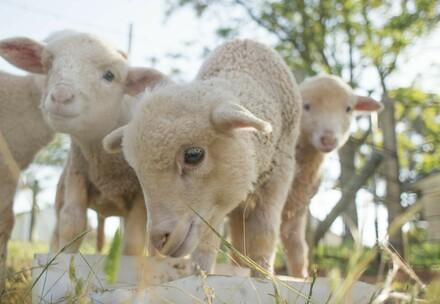 Did you know that Australia is the biggest producer of wool used for clothing worldwide? 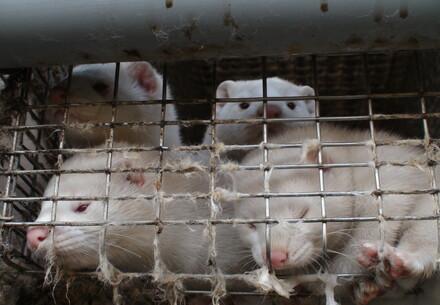 There is a global move away from fur