Opposition towards the abuse inflicted on animals by those who work in the fur industry continues to grow. Awareness is also growing about misleading labelling and the importance of ethical fashion. As the fur free movement advances, it is leading to actions to shut down this awful and deceptive industry.

Many countries, states and cities worldwide have implemented fur bans in the last two decades and the momentum is steadily building.

In 2020 more countries in Europe, such as Finland1, France2 and the Netherlands3, announced or accelerated bans on fur farming under welfare laws.

In the US, California become the first state to ban fur4 in late 2019. Several other states, such as Hawaii and Rhode Island, and cities in Massachusetts and Minnesota, have also put forward proposals to ban the sale of fur5.

In 2019, a joint investigation between the Animal Justice Party and FOUR PAWS uncovered deceptively labelled fur products in Victoria6.

We have also seen the successful passing of five motions to ban fur (and exotic animal products) in the following New South Wales councils:

FOUR PAWS is working with the Animal Justice Party to urge both NSW and Victoria, and the councils in those states, to enact bans on the import and sale of fur products. The action by councils is evidence of the strong community opposition to fur and exotic animal products.

At present, there is an absence of federal or state laws in Australia on the use and sale of fur. Even in relation to cat and dog fur, there is no direct ban on its use and sale in any state or territory, including NSW and Victoria.

Nationally, the importing and exporting of cat and dog fur into and out of Australia is prohibited14. However, there are exemptions15 and the regulations do not specify criteria for granting permission to import or export cat and dog fur.

There are also no tracing or testing mechanisms in place at customs to ascertain the source of fur and whether fur is real or fake.

Fur Free Retailer is a global initiative in ethical fashion. They provide a comprehensive list of brands that have committed to being fur free. Check if your favourite brand is on the list. If not, you can write to them and ask them to join the movement. Read more.

Covid-19 Ravaging
Through Fur Farms
in Europe and the US

The spread of SARS-CoV-2, the virus which causes Covid-19, continues to escalate within mink farming in Europe and the US. The already greatly suffering mink are dying in the thousands16 – animals who are not culled are left untreated and die from severe respiratory distress due to Covid-1917. Fur farms present similar dangers to wet markets for disease emergence and spread, both for Covid-19 and possible future zoonosis which could also result in a pandemic18. Given the global consequences we are battling, precaution should be exercised, and fur farming should be brought to an end.

Italy19 and Greece20 are the latest countries who have started reporting outbreaks on farms. The infection shows no sign of stopping, as it continues to spread to new farms in fur producing regions.

At least 1.5 million mink have been culled, which represents about 30% of the industry in the Netherlands and the situation is still escalating22. In June Dutch MPs voted on a ban to phase out farms ahead of the original 2024 deadline23. The government has now officially announced plans to shut down fur farming ahead of schedule24.

Covid-19 has begun spreading in Spain, with almost 100,000 mink culled25. Mink farming is already restricted26 due to the mink exploited for farming being an introduced species and threatening native species.

In Denmark Covid-19 was detected in June27 and spread to a multitude of farms. Denmark is the biggest producer of mink fur, slaughtering about 19 million animals for fur each year28. 17 million have now been culled due to infection and fears of the spread of Covid-1929.

While the largest fur auction house in the world, Kopenhagen Fur, has recently announced that it will close over the next 2-3 years.

Covid-19 has begun spreading in mink farms in the US, beginning in Utah30. Utah is the second largest producer of mink fur in the US31. Michigan32 and Wisconsin33 have also started reporting outbreaks, the latter being the largest fur producing state34.

We could also see Covid-19 emerge within the fur industry in China which is the second biggest producer of mink35. China is also potentially the largest fur farming region overall36.
Recent research has revealed that raccoon dogs, about 15 million are killed for fur each year primarily in China37, can become infected and transmit the virus. But unlike mink, raccoon dogs show little to no symptoms, so infection can spread almost entirely undetected38.

There is no place for the cruel fur industry in a modern, compassionate society. Together we will see the end of the cruelty it inflicts upon millions of animals. #BanFur 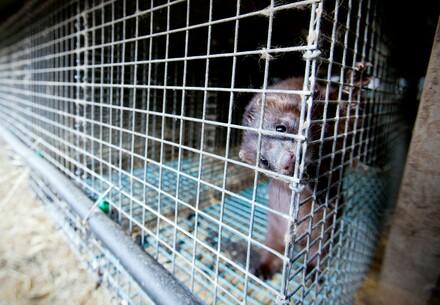 We must act immediately to avert danger to humans and animals 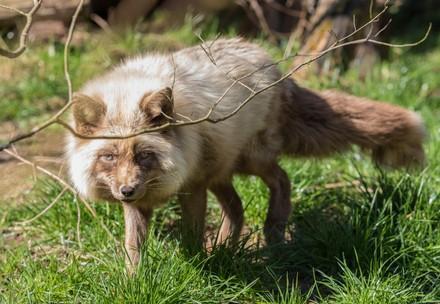 What you can do to make a difference